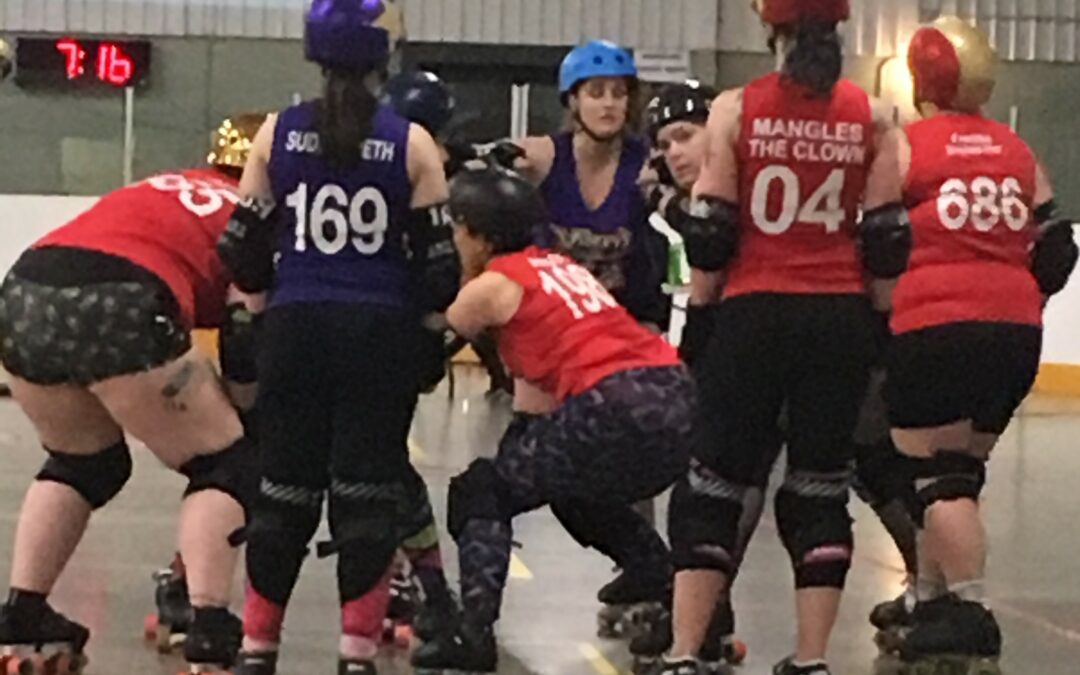 Fielding a rotation of Dr. Jones, Flying Frenchie, Mangles the Clown, Mother Cutter, Olivia’s Wild and Pablo Kickasso as jammers, they bombarded the opposing teams with hits, strategy, and teamwork. A one time jam appearance by Rottwheeler was an exceptional play as they pushed hard against the blockers showing determination and a remarkable drive. After five 20 minute games, the Killer Queens reigned as victors of the tournament and were all abuzz as they accepted the trophy for the second time in three years. 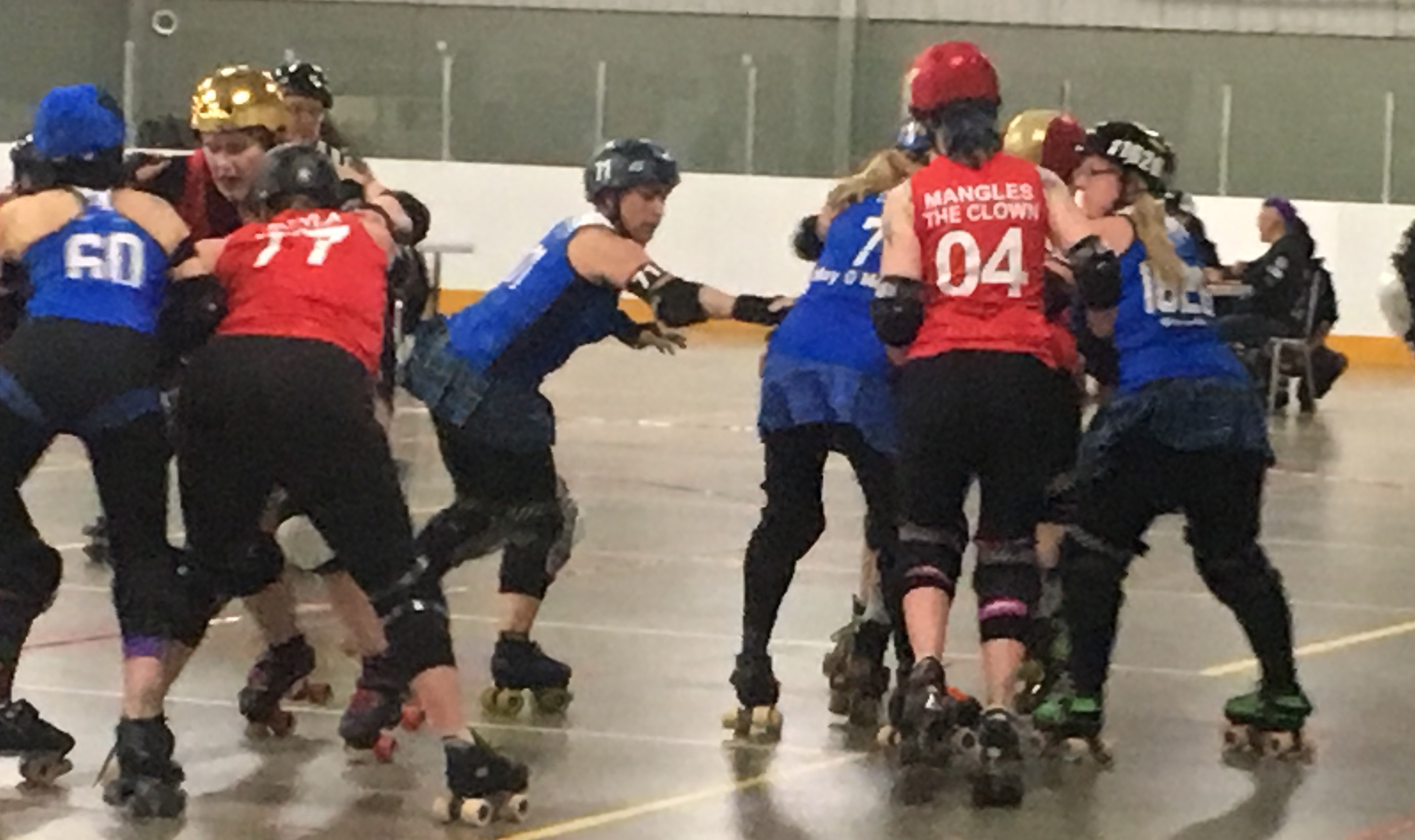 Killer Queens’ Jammer, Mangles the Clown, hard at work trying to break through the Highland Dames as Killapatra and Rottwheeler hold the dames’ jammer

Violet Uprising made a valiant effort through the tournament, bravely fighting hard against every team they faced. Two rookie jammers, Mazel Tov Cocktail and Violent Boodelaire were caught sizing up their competition by the side lines. The two rookies were drafted to Violet Uprising in December 2018. When asked how they felt about their new team they shared,

“Being able to play with the vets is so good. This was my first game since Fresh [and the Furious 2018] and my leg was shaking when I was getting ready for the game. By the end of the day we really felt to be apart of the team.” – Mazel Tov Cocktail 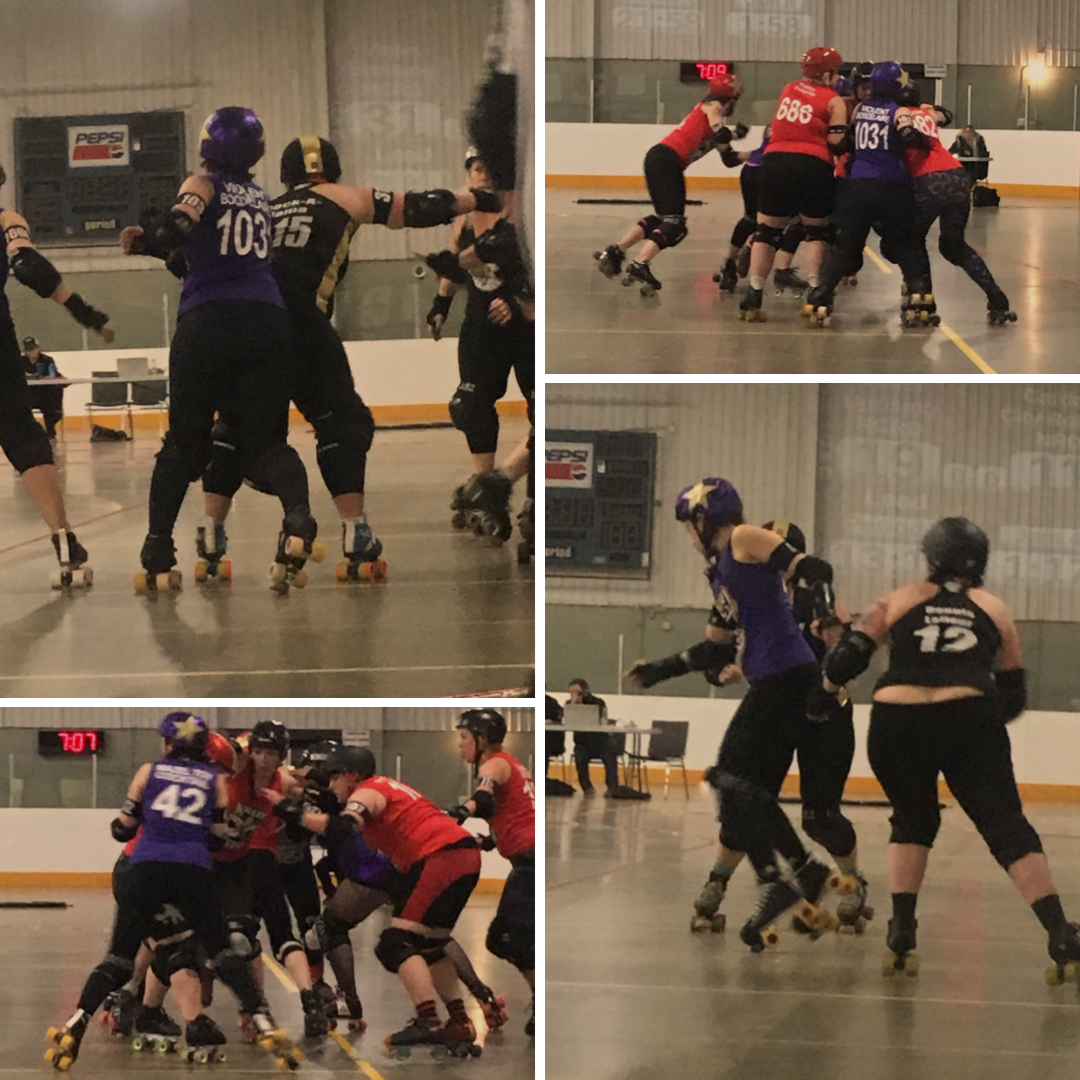 These two had their work cut out for them. At one point, Mazel Tov Cocktail jammed for an entire two minutes, pushing three sturdy blockers who had their brakes on for almost an entire rotation of the track. If this is determination is an indication of what’s to come, Violet Uprising is surely on the up and up.

See you track side to find out.